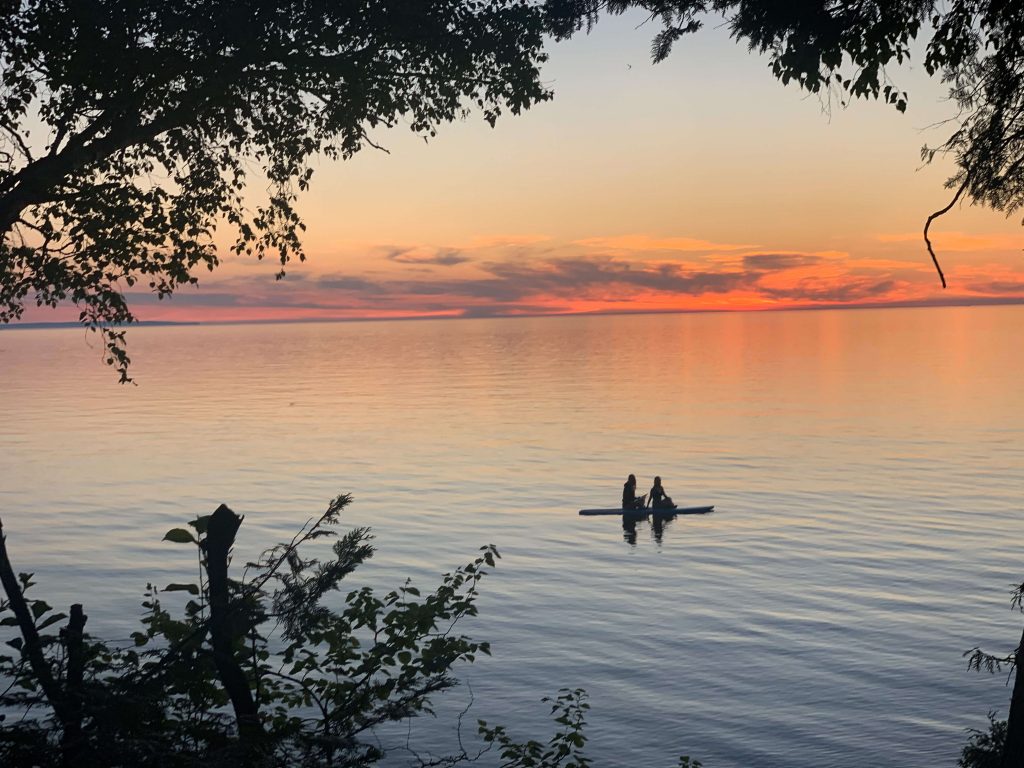 Hellooooo, party people. It’s been a minute. Sorry, I’ve been busy attending galas, going to the mall, eating at chic Michelin star restaurants, ya know, the ushe. Just kidding, I’m laying in my bed eating inordinate amounts of cheese (even more than usual—I know, I didn’t think it was humanly possible either). I started the summer switching off between binging Ozark and rewatching How I Met Your Mother (to fend off nightmares, of course).

Now, I’m Zooming into a dance program based in NYC for the next few weeks. (Which I’m incredibly thankful & excited to be doing, even from a distance). I know I’m not alone in that there’s some cognitive dissonance in living/working out of my childhood bedroom at home as a 21-year-old who anticipated living on her own in a new city. When I returned to the exact décor High School Helen curated, her anxieties came toting along. It’s a common phenomenon and in more extreme cases could be considered regression (key words: could be considered; I do not study or practice in the field of psychology).

I think that being home this summer has turned out to be a blessing in disguise; I’m doing my darndest to make lemonade and keep perspective in the midst of an ~unprecedented era~ the silence can get a tad bit deafening. As an artist, I’ve ridden the wave of craving a creative outlet then having absolutely no motivation to create.

Some of the things that help me with that are podcasts and ice cream (see below for the homemade ice cream I whipped up the other day). I am almost constantly listening to music or a podcast—this probably isn’t the healthiest lifestyle choice, but there are worse things I could do!

Like the rest of the world, I am also trying to get enough done to maintain the façade of productivity. But, silence can be deafening, especially in the midst of a world-wide pandemic. Even worse, I never have any idea what day of the week it is despite taking two summer courses that should provide some structure. To be honest though, my primary method of day tracking is listening to podcasts.

I know what day to expect a new episode of one of my favorites, and it gives me something slightly normal to hold on to.

Every Friday afternoon in grade school, my friends and I would walk to Panera and then to a friend’s house. When we weren’t watching America’s Next Top Model, we were watching Grace Helbig’s YouTube series Daily Grace. Imagine my delight when I discovered This Might Get Weird is hosted by Grace Helbig and Mamrie Hart!

This Might Get… is the Instagram account @OverheardLA meets the NextDoor app in podcast form. Of course there’s more to it than that, but the stories they tell about Los Angeles make me cackle. Cute, right? Grace and Mamrie are both the friends who seem to always have something ridiculous happening to them. Grace and Mamrie have continued to safely record through coronavirus. As they social distance and have fewer “overheard” moments, rather than dulling their usual material, they maintain the same level of wackiness. Even super-cool comedians get to the point of quarantine when they start taking up ridiculous or grandma-ey activities unironically; and we get to hear about it.

Huge shoutout to my girl, Natalie, for introducing Joe Carroll and Dan Tracy’s informative and entertaining podcast into my life. Most famously/recently, Dan performed in Waitress and Joe in Frozen, both on Broadway. Dan and Joe share an inside look into the world of Broadway & beyond through interviews with industry professionals. I love the guys’ dynamic and sometimes forget that I don’t actually know Dan and Joe in real life… Their conversations explore the human and the artist on the show each week. The guests are their colleagues and friends, so it’s an easy listen while packing a punch of content.

Guys Who Like Musicals serves me by reinvigorating my motivation to go into the musical theatre industry. But, they don’t use unexplained jargon so as to be off putting to someone who maybe knows nothing about theatre and is interested in learning more. The podcast highlights different paths people have taken to get where they are; This is probably my favorite aspect because it demystifies the industry without being cynical or jaded.

I love puzzles and trivia, especially when they’re nonsensical or dare I say silly. NPR’s Ask Me Another hosted by Ophira Eisenburg provides. The format of the show is similar to that of any other trivia game show and they frequently refer to themselves as “generic Jeopardy.” Each week there is a celebrity guest (oftentimes comedians or musicians) as well as four regular old people who just love puzzles and nerdy things of that nature. The winner gets a rubik’s cube signed by the celebrity guest because, duh—ultimate puzzle.

Ask Me Another is filmed in front of a live audience in Brooklyn, so naturally they had to make some adjustments to keep safe in the age of Corona. Thank the heavens, they’ve continued to record it via Zoom. It works your brain a little and it’s downright entertaining, You’ll laugh, you’ll cry, okay no, you’ll just laugh some more.

Listen here: Ask Me Another

Why Won’t You Date Me?

Four hours in the car is a long time, so I’ve stumbled upon quite a few podcasts for my drives to and from dear ole IU. Why Won’t You Date Me? checks all the boxes: Nicole Byer is one of the funniest people I listen to, she talks about real shit with her guests, and the episodes last about an hour (because to be honest, length matters!)

Nicole performed with Upright Citizens Brigade—think of your favorite comedian on a sitcom in the recent past; they probably were part of UCB at some point too. I came to love her when she appeared as Trudy Judy on Brooklyn Nine-Nine. Nicole spends each episode interviewing people about their dating lives and concludes each asking “Would you date me?” and reading the cringiest DM she’s received that week.

Listen here: Why Won’t You Date Me

Know that when I say that I listen to a podcast when I fall asleep, it’s not an indication that it bores me to sleep, rather it is interesting enough to quiet my swimming thoughts, and comforting enough to not keep me awake. I loved the show The Good Place so much and have watched it through a couple times now.

If you’ve ever wondered what the inner workings of a 30 minute sitcom look like, this is the podcast for you. Marc Evan Jackson (Sean on The Good Place) interviews the actors and production team with a podcast episode dedicated to each episode of the TV series. Obviously, watching the show before listening to this creates a world of difference, but the happy vibes, positivity, and, well, goodness shines through no matter what. Every episode leaves my heart feeling a little bit lighter than before.

Honorable mentions (ones that I’ve either not listened to all the way through or are on hiatus):

What’s your go to podcast to fill the void? Let me know!