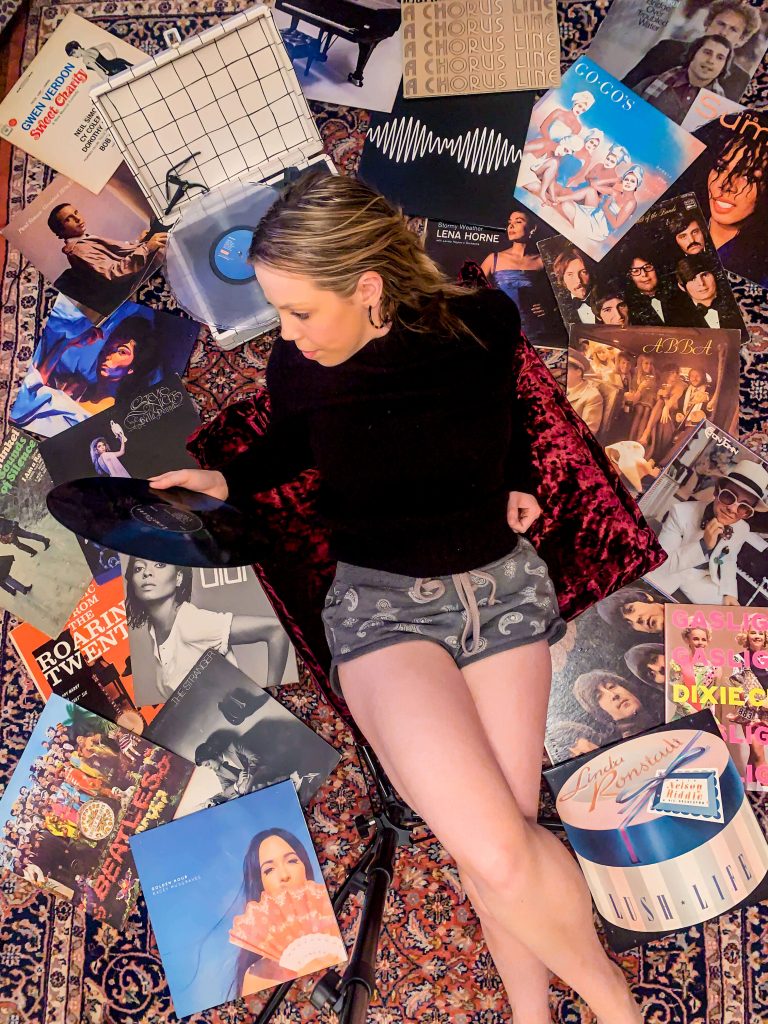 Welcome back to the disco! It’s time to share another batch of bops, and this time the theme is…drumroll please…DISCO!! Please allow me to get sappy for a moment; music is magic. The appeal for so many artists to create a song is that they get to sing when speaking is no longer enough. Obviously, for a lot of people singing a song to their ~crush~ would be infinitely more embarrassing than just trying to tell them that you like them. It’s a whole ‘nother can of worms to dance around screlting (scream-belting, for those not in the industry) to a heartbreak anthem with your gal pals though. There’s really nothing better than spinning around with your best friends to music with a bass you can feel in your bones.

As I created the playlist Therapy at the Disco, I realized I needed to create a second more current one. The first is full of classic disco bops, but I couldn’t resist compiling a list of jams that would never have been played at Studio 54 (mostly because they weren’t released back then), but still emanate the spirit of disco in one way or another.

Therapy at the Disco

In making a disco playlist, there were a few non-negotiable ingredients such as: Chaka Khan, Donna Summer, and Diana Ross. Everything I included had to be highly danceable and got bonus points if some form of the word “boogie” was included in the title. It may surprise you, but I was not actually alive during the height of disco; though I’m trying to stick to the genre as truly as I can, some of the songs might bleed into the realms of Motown/Soul/Funk and what have you. (Granted, Motown Disco can be considered a genre in itself.)

Songs that just kind of make me want to cry even though they’re absolute bops.

Have you ever listened to an upbeat jam and realize that the lyrics are actually pretty heartbreaking? A few of these tracks include:

Songs that should be on every getting ready queue

This playlist is a heavily inspired by the Therapy at the Disco playlist. Danceability was still paramount, but I wanted this collection of songs to reflect disco in other ways as well. So much of disco was grounded in the queer communities and the majority of any disco music worth listening to is by a BIPOC artist, so it was important to represent this. Obviously, the topics covered in disco are as far and wide as any other genre, but certain ones stand out to me: going out to dance and being an independent woman.

Janelle Monet and Alex Newell are both overall stunning artists who are queer and black. I included two of each of their songs, but could listen to their catalogues all day. As any self-respecting person would, I included Supermodel by RuPaul in this mix. I have a zillion fond memories of this song from before I even knew who RuPaul was. When I was in kindergarten, my best friends and I would have runway shows in their basements to the version from the Lizzie McGuire soundtrack. I’m not saying I don’t recreate these afternoons now as a 22 year old, but I’m also not not saying that.

I’d be remiss to leave out Crying in the Club by Camilla Cabello. For more on this, check out Why Disco Therapy. In the same vein, All Cried Out by Alex Newell is just what the dance-doctor ordered.

Songs that I actually could not sit still to if you paid me:

There are a handful of tracks that fit this description on the list, but two notable songs are One, Two Step by Ciara feat. Missy Elliot and Jumpin’ Jumpin’ by Destiny’s Child. “5 foot 2, wanna dance with you, sophisticated fun” is a lyric I frequently quote and it’s truly a crime how many people miss this Missy Elliot reference.

I had a blast curating these playlists and had to force myself to stop adding and rearranging so that I could just share them already!! I hope you have just as much fun dancing and singing along. What songs would you add to either of the lists?